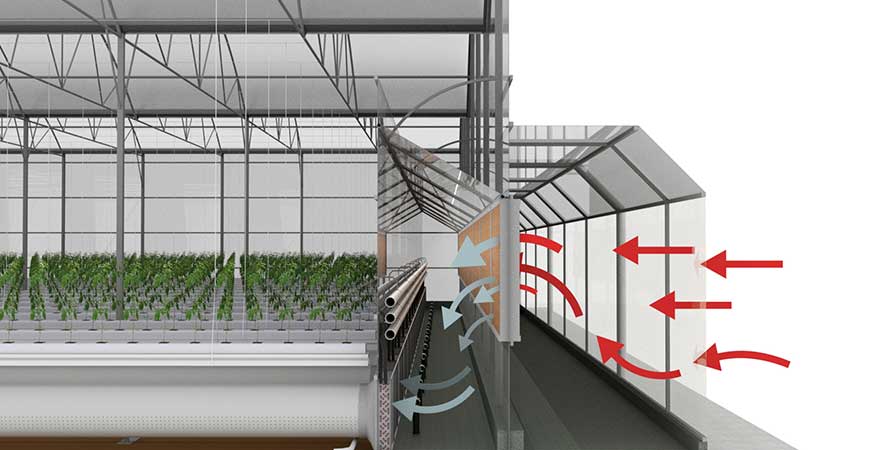 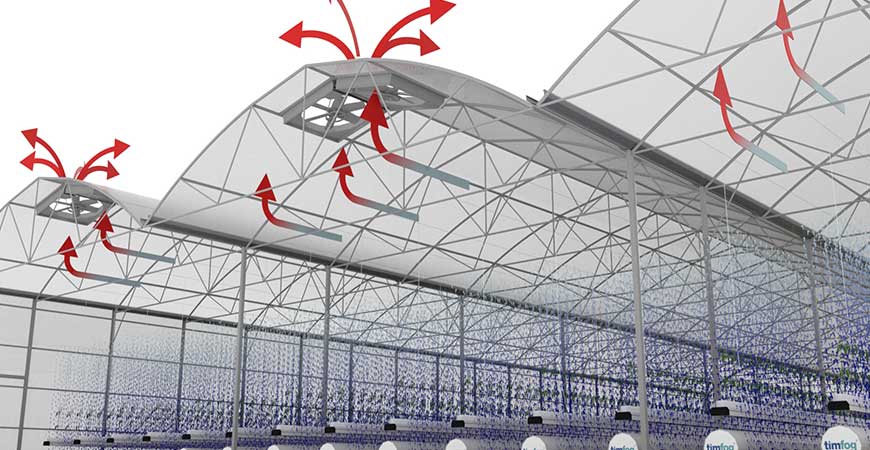 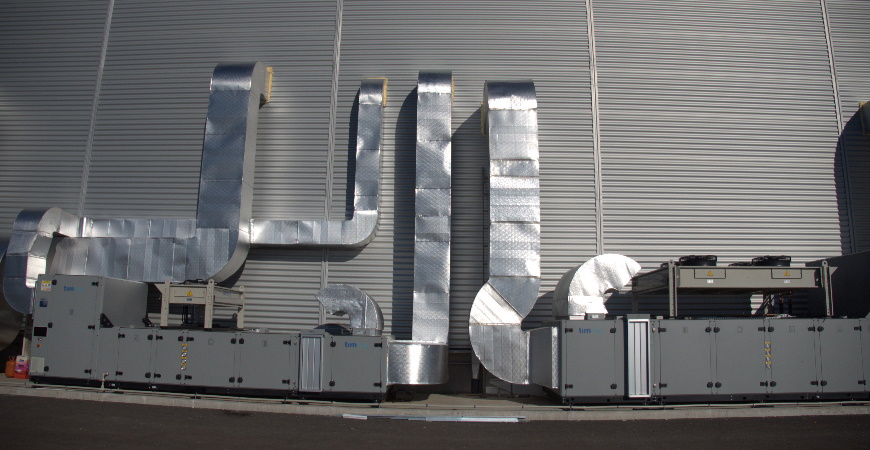 In standard fan pad implementations, the temperature cannot be fully reduced because of the air, which has been filled up with moisture, not being able to evacuate at the same velocity.The air temperature raises after air passes through the evaporative pad on the way to the insides of the greenhouse and increases up to 8 degrees between the absorption section of the exhaust fans and the pad. Greenhouse tunnels have a maximum length of 50 meters and diminishing in performance can be seen as the distances get greater.

The biggest drawback in standard fog executions is that the air cooled adiabatically cannot be rapidly discharged. Thus the air temperature is constantly kept over a value of the wet bulb temperature. That means to equalize the peripheral temperature and the domestic temperature in greenhouses whose internal temperatures are 8 to 15 degrees more than the outside temperature due to the daylight. However this temperature is not adequate fgreenhouses that want to produce in summertime.

The most crucial difference is that insect net is used in the climatization corridentrance instead of the roof. Thus the amount of entering air is largely improved. As known, in standard greenhouses, the insect net’s permeability decreases up to 50% in only one week. After a month so, this permeability is reduced further, up to 20%.

Unlike the others, the insect net used in the climatization corridentrance has more permeability because of forced air circulation.

All the calculations and appreciations are made considering the whole year. The system’s free-cooling effect is used.

Sometimes inside the greenhouse only the outside air is sent without any cooling humidification. With the perfect ventilation method, the plant is prepared neither in summer nin winter, resting tired the next day.

The cooled air is distributed evenly across the greenhouse. Special fabric canals which are resistant to intense warmth and frostiness are used fthis duty. The air circulation from the bottom to the top is perfectly done eliminating all immense temperature differences.